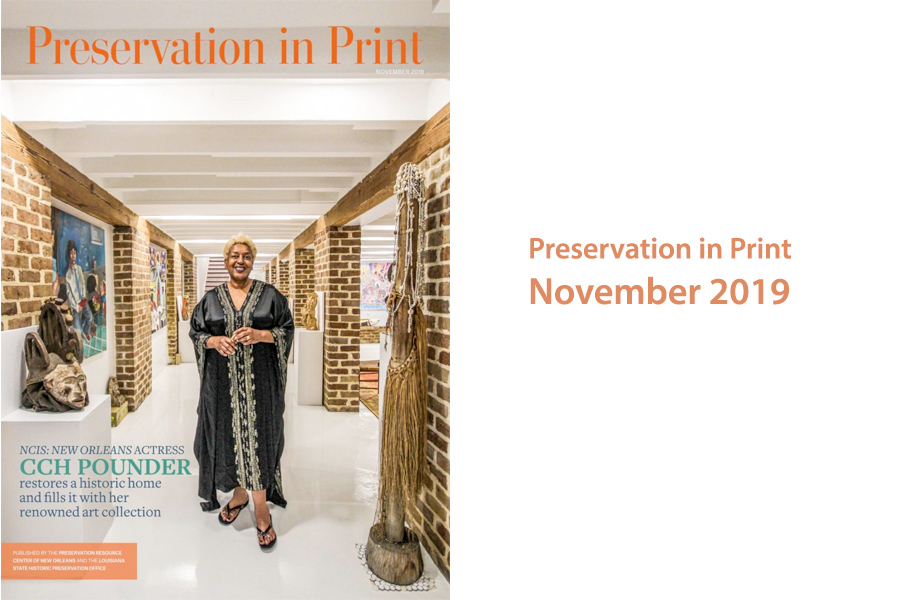 [Excerpt] The stately Arts and Crafts-style house, built circa 1925 in the Faubourg St. John neighborhood, had seen better days. Once a proud, grand structure, the home, riddled with termite damage and a bad roof, hadn’t been renovated in decades. It was in need of a restoration.

So, too, was its new owner, the actress CCH Pounder.

Pounder, the Emmy-nominated star of NCIS: New Orleans, was widowed in 2016 when her husband of 26 years, anthropologist Boubacar Koné, passed away. For several years, she had been jockeying between her home in Los Angeles and a rented condo in New Orleans, where she plays coroner Dr. Loretta Wade on the popular CBS television show. Averaging nearly 11 million viewers each week, NCIS: New Orleans is now in its sixth season.

Pounder had been house hunting for more than a year when she pulled up in front of the Faubourg St. John property. Walking through the rooms, she felt an immediate connection to the house, with its spacious center hall, decorative plaster work, original pocket doors, double parlors and raised basement.

It also had plenty of large rooms with 12-foot ceilings, a must for Pounder, an avid art collector, patron and former gallery owner, whose personal collection numbers from 500 to 600 pieces. Some of the works, including a pair of 9-foot-tall Anubis statues, just wouldn’t work with short ceilings.

[This story appeared in the November issue of the PRC’s Preservation in Print magazine. Click here to read the rest of the article.]