‘NCIS: New Orleans’: CCH Pounder on the Emotional Toll the Pandemic Has Taken on Wade (Exclusive) 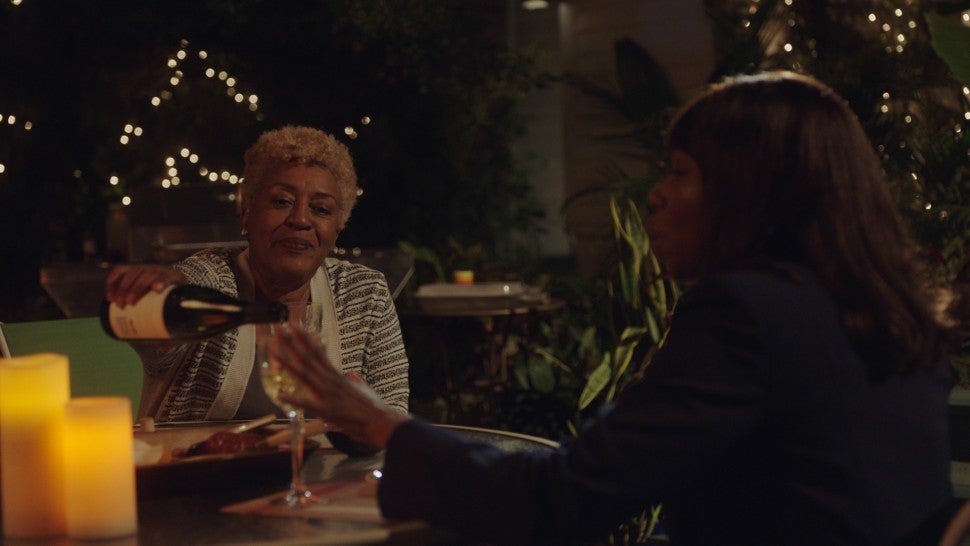 For NCIS: New Orleans’ medical examiner Dr. Loretta Wade, the pandemic has taken an emotional, mental and physical toll on her. As she navigates the never-ending feeling of helplessness amid coronavirus and a call-out against racial injustice, Wade turns to the bottle to help her cope with the weight on her shoulders.

In ET’s exclusive sneak peek from Sunday’s episode, Wade (CCH Pounder) and her friend, Mayor Zahra Taylor (Amanda Warren), have a heart-to-heart over the realities of being Black as the fight against COVID-19 and the Black Lives Matter movement wage on. With Wade’s teenage son angry at her for not allowing him to attend a protest the next day, Wade laments the young generation’s feelings of invincibility. “These kids think they will live forever but this expert will tell you they will not,” Wade says matter-of-factly, but the mayor isn’t buying that her friend is “fine.”

When the mayor opens up about how she’s “running on fumes,” she hints to Wade that it’s OK to admit if she’s struggling. “Heaven forbid a woman, a Black woman, showed the least bit of righteous anger… Sometimes I can’t breathe.” When Wade pours her friend another glass of wine to “take the edge off,” the mayor grows increasingly concerned that she’s not handling things in a healthy manner. “Keeps me sane,” Wade states, leading the two friends to suddenly hit an impasse.

With the societal and professional pressures mounting for Wade, things may be getting messier for the medical examiner. Ahead of the episode, ET spoke with CCH Pounder about exploring Wade’s journey this season and why she’s honored to explore the human condition through her character’s internal and external struggles.

ET: This Sunday’s episode of NCIS: New Orleans has a very powerful scene with Wade and the mayor discussing the toll that COVID and racial injustice has taken, especially in the Black community. Can you talk about exploring that through the character?

CCH Pounder: It’s really interesting now, because when we thought we were ready to go into Phase 3, we’re back in Phase 2, and then the numbers are increasing, and it’s getting cooler and people are more likely to be indoors. So, it’s so present still, it’s not a past story. We’re all living in it. I’m really proud of the creative team for choosing the subject and then sticking with it. I know that we’re not going to do COVID for the entire season, but they didn’t go, “We’ll do an episode and move on.” The fact that we’ve incorporated what’s going on in the real world, I think it’s smart, it’s empathetic. It’s really good storytelling, it really is. I’m feeling really pleased with how they decided to go about it. 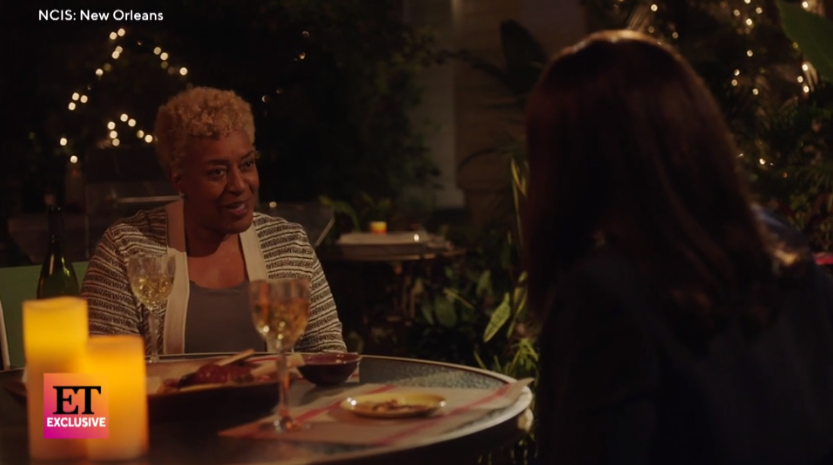 How has this affected Wade’s perspective on her life?

I think it’s really interesting that they use Wade as the catch-all. First of all, Black Lives Matter obviously would affect her and her children and then the pressure of not having enough space There’s just coming in one after the other and then the loss of dignity in the sense of now, in Wade, they were able to reflect so much of what’s going on in other peoples’ lives. It’s not all just core notes, it’s the ambulance who comes to pick them up, it’s all the hospital workers that have to have them hang out in the corridor until somebody is ready to come get them. These were actual things told to me that were happening in real life, and so I didn’t want to be untrue in any way of what was happening. The drinks at the end, it’s perfectly easy to fall to a drinking state, which New Orleans and Louisiana certainly is. It’s the invention of the Sazerac and many other drinks, and it’s a place that is known for play and fun and music. All of that has to go out the window and to use Wade to reflect what’s going on in the city, it was a smart idea because she does not have to be heroic. She doesn’t have to recuperate in 40 minutes and be fine with everything. I like seeing the struggle because it reflected New Orleans; it is in a struggle for survival. It’s gone through, God knows how many hurricanes, and then COVID and unemployment, and businesses closing down. It is not bleak here, but the reality is that all of that is here as well. I’m really glad that I was able to give it some justice.

As a medical examiner, she’s also on the front lines of seeing the actual physical consequences of the virus. I’d imagine that adds a layer of urgency and a feeling of helplessness too.

Yeah. I’m glad you thought that, I really am. Because I think they really did hit the nail on the head with this one in terms of getting it right and getting it fair. It really felt fair.

What else are you interested in the audience getting to experience as we follow Wade’s journey this season? Is there anything coming up you’re particularly excited to see?

One of the things that I recognize is I’m very aware that we are doing television. It’s a social medium and it’s fictional, and the fact that we can leave a good healthy dose of reality and still keep it fun and still have the chase and still have the bad guys and still be a hero, maybe not at the end of each singular episode, but by the time we work it out in two or three episodes. I like the fact that we’re aware that we’re reflecting the world, even though it’s in fiction, and we’re having the fun, the lightness of it. Yes, every now and again, it’s serious and we can’t afford it. This part is not funny. I don’t think it will always be that but I am very proud that they chose me for this part of it and I know someone else will get another [chance at playing] the human condition and be able to explore that, just as in we all have a romp through New Orleans, blowing up things and chasing bad guys and discovering the French Quarter and listening to great music, and having a good solid story behind it. All of those things are going to be within the season, and the additional new writers — there’s lots of fresh blood coming in and it’s going to give some different aspects of what New Orleans is like. So, I like that.